If you use Google Calendar and want to add the club events to your view, you can easily add the club calendar to the collection of calendars that you have in your Google account. All you have to do in your browser (while logged into your Google account) is to navigate to the club calendar and push the “+GoogleCalendar” button at the bottom of the calendar. The picture below has an arrow pointing to the button, in the event that you can’t find it. If you’re thinking amateur radio is just about sitting at your desk and making contacts with other hams, there’s a whole lot more to it. One of the fun things we can is as a form of “radiosport” called foxhunting. It uses radio receivers to locate a transmitter at an unknown location.

Typically, directional antennas are used to home-in on a signal, allowing you to get a bearing, move in the direction from which you think the signal is coming, then listen in and adjust your bearing until you (hopefully) arrive at the transmitter location. The first one to find the transmitter wins!

This activity can be done on foot or with the use of vehicles to allow quick movement toward the transmitter. In the case of a mobile operation, you either use RDF antennas in/on the car or pull over and stick an antenna out the window every so often.

You can build your RDF gear or buy it pre-made or in kit form. Check out this page for some resources or do a web search to learn more.

RDF is used for more than just fun. It is also used to track wildlife, locate sources of interference (1, 2), find stolen cars (LoJack), or for search and rescue. If you ever had reason to track radio frequency interference (RFI), it would sure be nice if you’d already had some experience with direction finding so the process was familiar.

Here’s a good video that shows a competition in progress and gives a good idea of how the process works. It was produced by KN4AQ, who has a series of YouTube videos under the title HamRadioNow.

Here’s a link with video of a practical use of RDF for tracking down power line noise – the noise coming from some broken piece of equipment on a power pole (like a cracked insulator causing arcing).

Are you curious what HF is all about, but don’t have your own setup at home? Want to get an idea for what it’s like to listen to?

Check out http://www.websdr.org/. You’ll see a list of stations around the world, what frequencies they are streaming, and what kind of antennas they use for each frequency range.

Pick a station, and click the blue hyperlink in the big box for that station. For example, I picked a station in Arizona, and the link in its box was http://w7rna.dyndns-remote.com:18901. That took me to the page where I can listen to any of the frequencies listed for that station at WebSDR.org. Type your first name or callsign into the text box just so others can see who is listening (can be anything if you don’t want to give your name). Then you’ll see a waterfall load. For me, it defaulted to the ~7000 MHz band (40-meter band). I saw a few amateur stations on LSB, a couple CW stations, and an AM broadcast station.

A good signal was coming in just above 7150 kHz, so I moved the yellow slider down. On the left under the waterfall, I used the +/- tune step buttons (under the frequency text box) to fine tune until the signal sounded good and I settled on 7167 kHz and heard a conversation between a US ham and 2 fellows in Australia. From the Arizona receiver location, the VK1-something station couldn’t be heard (I heard he was on 1 watt because one of the other guys in the conversation said so), but the VK2-something station was booming in and easily understood.

By the way, playing with WebSDRs is a great way to learn some of the quirks of SSB. Place the tuner near something you think might be a voice signal – pick something in the voice range of the ham band (see a band plan for where to start looking), select USB or LSB based on which frequency you are listening to, then tune toward and then away from the station in small increments using the tune step button under the frequency text box on the left side (be sure to use the smallest step size for best effect). Take several steps toward and then past the station, and you’ll hear the characteristic change in pitch as you roll into and past the station. You should notice your ear will tell you when you’ve centered on the right frequency (or when you’re sufficiently close to it) – you’ll note the station’s voice sound the most natural at some point. Try this without looking, then check how close you got. Many stations pick even numbered frequencies like 7150 kHz, 7151, 7152, etc., to make it easy for another station to tune them in well.

Lastly, I wanted to check the time, so I thought I’d tune in WWV. I typed in 5000 into the text box and hit Enter (5000 kHz=5 MHz and it will switch automatically). Typing in the frequency puts me on exactly the frequency I want so I don’t have to worry about fine-tuning (as long as the receiver is calibrated properly!). All of a sudden, I heard the ticker, then the time called out each minute.

Here’s a link that provides great information and lots of links to get you caught up on what you need to know:

You’ll find a table listing power levels above which you will be required to perform an evaluation, and more information on RF safety in links from that page. Make sure you read and understand these rules before pushing the power!

If you’re considering going for your General Class amateur radio license, NC4FB has a good set of slides to read through to help you study.

Here is the parent page where I found the above link so you can review the other resources NC4FB has on his website. There are flashcards, you can download the slides, and can find other links and helpful resources.

We have moved to a WordPress site under new hosting, and are in the process of building out the website with more content and links to relevant topics of interest to BARC members and the public.

If there is something you’d like to see here, please let us know by sending a message using the contact form on the Contact Us page.

We are changing the location of our breakfast meeting.  Next month, on January 7th, the club will meet at the Casa Rojas restaurant. Here is a link to their site containing directions and menus. 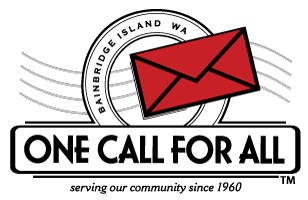